What It Means to ‘Fiercely Fight’ Rheumatoid Arthritis: The Story Behind the New York Fashion Week T-Shirt I Helped Design

When rheumatoid arthritis patient and fashion designer Michael Kuluva approached Eileen Davidson to help design a T-shirt to promote arthritis awareness, she embraced her own ‘fierce fight’ to help inspire and support others.

I was 29 years old when rheumatoid arthritis (RA) made a home for itself in my body. The diagnosis came as a bit of a surprise. After all, I didn’t think I could have arthritis when my skin was still wrinkle-free, and there wasn’t a grey hair on my head. Though I guess that was part of the problem. I, like so many others, gave into the misconceptions surrounding rheumatoid arthritis. But, as it turns out, rheumatoid arthritis can affect anyone of any age, sex, race, or economic status.

I wasn’t unaware of rheumatoid arthritis. I saw the devastating effects it had on my aunt, who was diagnosed 40 years earlier and tragically passed away the same week I was diagnosed. Having only seen my aunt confined to a wheelchair, her fingers bent and unable to move, I was terrified that I would face a similar fate.

Eventually, through research and discussions with my health care providers, I learned that my future did not have to mirror that of my aunt’s life. Sure, it would not be without its challenges. But if I was willing to fight RA, then I stood a chance of having ownership over my life.

Lost in the Battle

When I was diagnosed with RA I felt broken, as so much of my identity was lost to the disease. I could no longer works as an esthetician, as hunching over clients and squeezing, curling, and bending my hands and fingers all day was no longer feasible. I couldn’t frequent dance clubs or attend rocks shows, as the fatigue from RA usually has me in bed early.

I also experienced a great deal of pain — and not just the physical kind. Many people who I loved and trusted were unsupportive of my chronic illness. They would either deny its existence, shower me with unsolicited (and inaccurate) advice, or exclude me from plans. The first few years of my rheumatoid arthritis diagnosis were the loneliest, darkest points in my life.

Rheumatoid arthritis is an inflammatory disease in which my immune system attacks the healthy cells in the body, resulting in painful swelling of the joints. But the symptoms go beyond joint pain and stiffness. RA is often accompanied by fatigue, malaise, and general discomfort. Even when my rheumatoid arthritis is considered “under control” I deal with minor variations of these symptoms.

But most people don’t know this because RA is an invisible illness; one that attacks you on the inside but doesn’t leave any outer markings.

Part of fighting an invisible illness is making others aware of it, which I learned to do as a patient advocate. Through my work, I can shine a light on the severity of arthritis and diminish the stigmas surrounding the disease. I share my story with legislators in hopes of enacting change. I am a member of several arthritis-related organizations to ensure that patient perspectives — not just medical ones — are heard. I write about my journey for publications, including CreakyJoints, as a way of offering support to others with rheumatoid arthritis.

People have often described my advocacy as fierce, and that term feels appropriate. I am intense in my approach to advocating for change and strong in my ability to share the struggles that kept me down for many years.

I am proud of my work, and I want to see others take steps to fiercely fight their RA too.

Bringing the Fight to Fashion

Through my advocacy, I have met many others who are fighting their own fierce battles. Most recently, I connected with Michael Kuluva, a rheumatoid arthritis patient who created and runs the fashion sportswear brand Tumbler & Tipsy. Michael has been using his clothing line for years to raise awareness for arthritis and chronic illnesses.

This year Michael is getting more people with chronic illnesses — including me — involved in his New York Fashion Week show. Not only am I modeling in the virtual fashion show, but I worked with Michael to create a rheumatoid arthritis awareness T-shirt that is part of his latest collection.

When Michael approached me earlier this year to help create a shirt that shows what it’s like to live with rheumatoid arthritis, the idea of “fiercely fighting” immediately came to mind. The shirt, which is available in white, black, and blue, features the phrase “Fiercely Fighting Rheumatoid Arthritis.” The T-shirts will be available to purchase on the Tumbler & Tipsy website.

I want these shirts to be a reminder to everyone about the strength it takes to live with RA. People who are diagnosed with rheumatoid arthritis don’t have a choice in the matter, but they do have a choice in how they approach living with it.

Some days I don’t feel strong — physically or mentally — and need to remind myself to keep fighting. These shirts do that for me, and I hope they remind others living with rheumatoid arthritis to keep fiercely fighting too.

You can join Michael and the CreakyJoints family for the Tumbler and Tipsy by Michael Kuluva 2022 Collection event, airing on Tuesday, September 14, 20201 at 8 p.m. ET via YouTube.

Prior to the show, at 7 p.m. ET, CreakyJoints will be co-hosting a #CreakyChats on Twitter with the Canadian Arthritis Patient Alliance and CreakyJoints Australia. During the chat, members can connect with Michael to discuss his work and ways to amplify chronic illness representation and voices. To participate in the live #CreakyChats, follow CreakyJoints on Twitter. 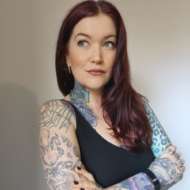 Eileen Davidson is a rheumatoid arthritis patient advocate from Vancouver British Columbia Canada. She volunteers with the Arthritis Research Canada patient advisory board and the Canadian Institute of Health Research - Institute of Musculoskeletal Health and Arthritis patient engagement research ambassador. When not advocating she is writing about her experience with arthritis through Creaky Joints, Chronic Eileen or can be found being a mom to her son Jacob. www.arthritisresearch.ca www.chroniceileen.com https://cihr-irsc.gc.ca/e/27297.html 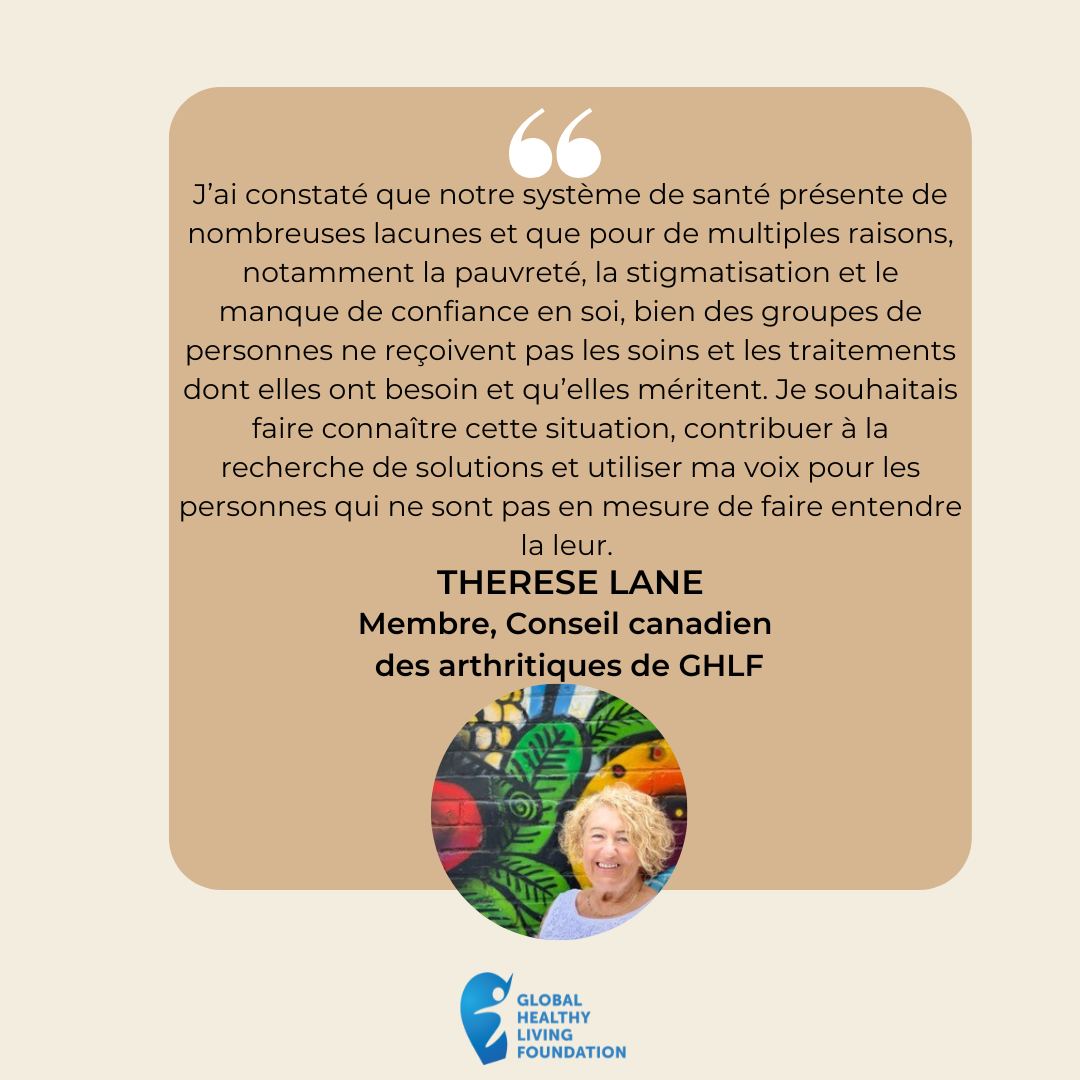 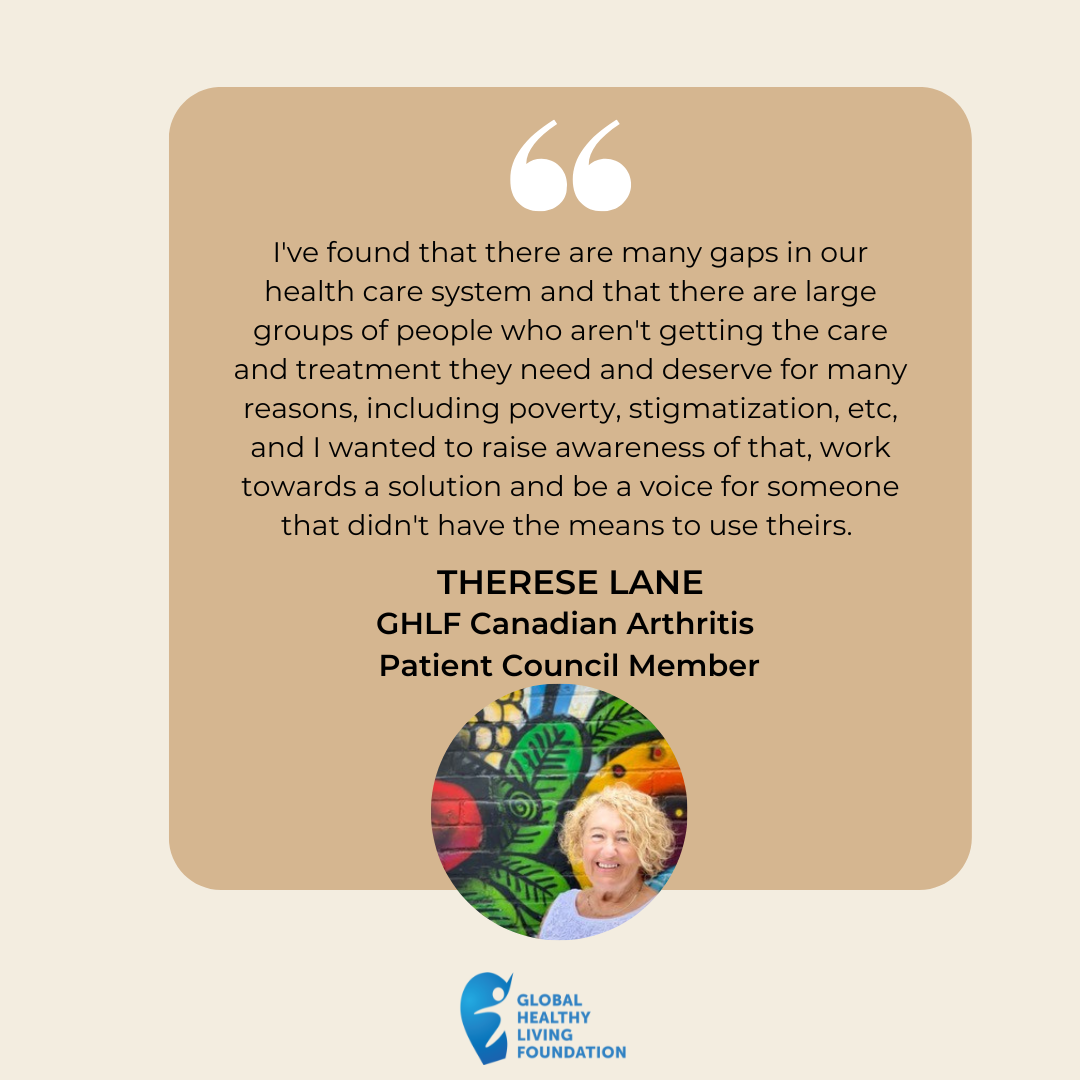