I’m an Actress with Rheumatoid Arthritis, and Returning to the Theatre During COVID-19 Terrifies Me

"I miss the lights, the costumes, and the challenge of bringing the world of the playwright to life, but I’m not sure I’m ready to take the stage just yet," says Julia Chayko, a rheumatoid arthritis patient.

The greenroom is brimming with excitement. Fresh flowers and cards of congratulations decorate the dressing rooms. Last-minute messages of support beep in via text. The cast gathers in a circle, takes hands, and gives oursevles a cheer. After months of rehearsals filled with tears, laughter, frustrations, forgotten lines, and missed entrances, the time has come to show our work to the eager audience. We take our places behind the curtain. The house goes dark and we move to our marks, listening as the audience breathes, whispers, and shifts in their seats. I take one last breath before the lights illuminate the stage.

It’s been almost two years since I last felt the rush of being on stage — one of the longest stretches I’ve gone without performing since starting my theatre career at the tender age of 12, when I was cast into my school’s production of Tom Sawyer. I had danced since I was 3, so I was used to the stage, but I’d never sung or spoken in front of an audience, and was unsure of my ability to do so. But my teacher saw something in me, and I’m incredibly grateful she did. Since that day, I’ve swooned, kissed, fought, cried, danced, laughed, and more. I’ve lived a thousand lives on the stage.

A Bump (or Two) in The Road

When I was diagnosed with rheumatoid arthritis (RA), I took some time away from the theatre to learn how to manage my condition and get to know my new body. I had to understand how far I could push myself; to learn the limitations of a body that was once limitless.

After four years, I returned with a resounding boom, in a highly energetic role that tested my physicality and challenged my comedic ability. Though I now had restriction on how many performances I could do in a year, it didn’t take away from my love of theatre. Not even the pain and fatigue of RA could stop me from taking the stage.

But a global pandemic could.

When COVID-19 forced the world into lockdown, the stage went dark. Theatres had to cancel the shows they’d planned a year in advance. But our spirits stayed in the wings, floating through the emptiness of the theatre searching for the creative energy that gives us life.

We longed for the excitement of treading the boards (a theatre term for performing on stage). We missed being a part of the audience, watching our fellow actors on stage. We tried to adapt with virtual performances, but the world was burnt out from screen time. And so, we hung up our costumes and counted the days.

Moving Back Into the Spotlight

Restrictions were lifted in my province of British Columbia this summer. The mask mandate was removed, restaurants opened to full capacity, recreational classes resumed, and theatres reopened their doors. Actors and directors began reading scripts, planning shows, and sending out audition notices. The anticipation of returning to the stage was infectious — even my husband shared the excitement of directing or acting. But I wasn’t as overjoyed as my peers. Though I was happy for the chance to be back on stage again, I wasn’t sure if I felt safe doing so yet — or if I ever would.

For people with autoimmune or inflammatory conditions like rheumatoid arthritis, or those on immunosuppressant medications, the anxiety of returning to “normal” life is high. It’s one thing to go grocery shopping or sit outside on a restaurant patio — the risk is low, and it’s easy to keep your distance from others. But the theatre is a completely different environment.

There’s no social distancing between actors. No one is wearing masks. We share dressing rooms and counter space; we help each other change clothes between scenes; we do each other’s hair and make-up. We hug, kiss, and sing in proximity. We spend months in close contact with people outside our households who most likely have contact with people beyond their pod. The idea of getting that close to people again after a year of isolation is unsettling. I haven’t been around many people for over a year, let alone kissed strangers on stage.

It was challenging enough managing RA while performing, and the danger of COVID-19 is an extra risk to my already immunocompromised body.

Rehearsing the Next Scene

When you’ve isolated for so long, it’s difficult to enter the world again. In many ways I have returned to life beyond the four walls of my house. I go out for our weekly grocery shopping. I eat at local restaurants. I travel throughout my province, walking and biking in the great outdoors. I am slowly expanding my bubble to include more people. But this is the easy part. If I ever want to get back under the lights, I need to find some way to be comfortable being close with a cast of people.

So how do I do that? What steps do I need to take to not only resume a regular life, but to move back toward a life on the stage? I’m not sure, but it seems to come down to trust. I need to trust that safety protocols will be in place in the theatre; to trust that the people I work with are vaccinated (as am I) and taking steps to keep themselves safe, which in turn keeps me safe.

I think, most of all, I need to trust that the decisions I make for myself are the right ones.

It also comes down to what I am prepared to risk. My passions have always been the driving force of my life. Am I going to allow a pandemic to stop me from my passion, or is there a way around it? It’s something I think about all the time and a decision I can’t make lightly. There’s still a lot of unknowns creeping in the shadows.

The theatre calls to me. I hear it in my dreams. Someone asked when my next show would be, and I couldn’t answer. Cases are rising in our province again. The mask mandate has been reinstated. I don’t know yet what any of this means for theatres.

I miss the lights, the costumes, and the challenge of bringing the world of the playwright to life, but I’m not sure I’m ready to take the stage just yet.

So until then, I’ll patiently wait behind the curtain for my cue to take my place on the stage. 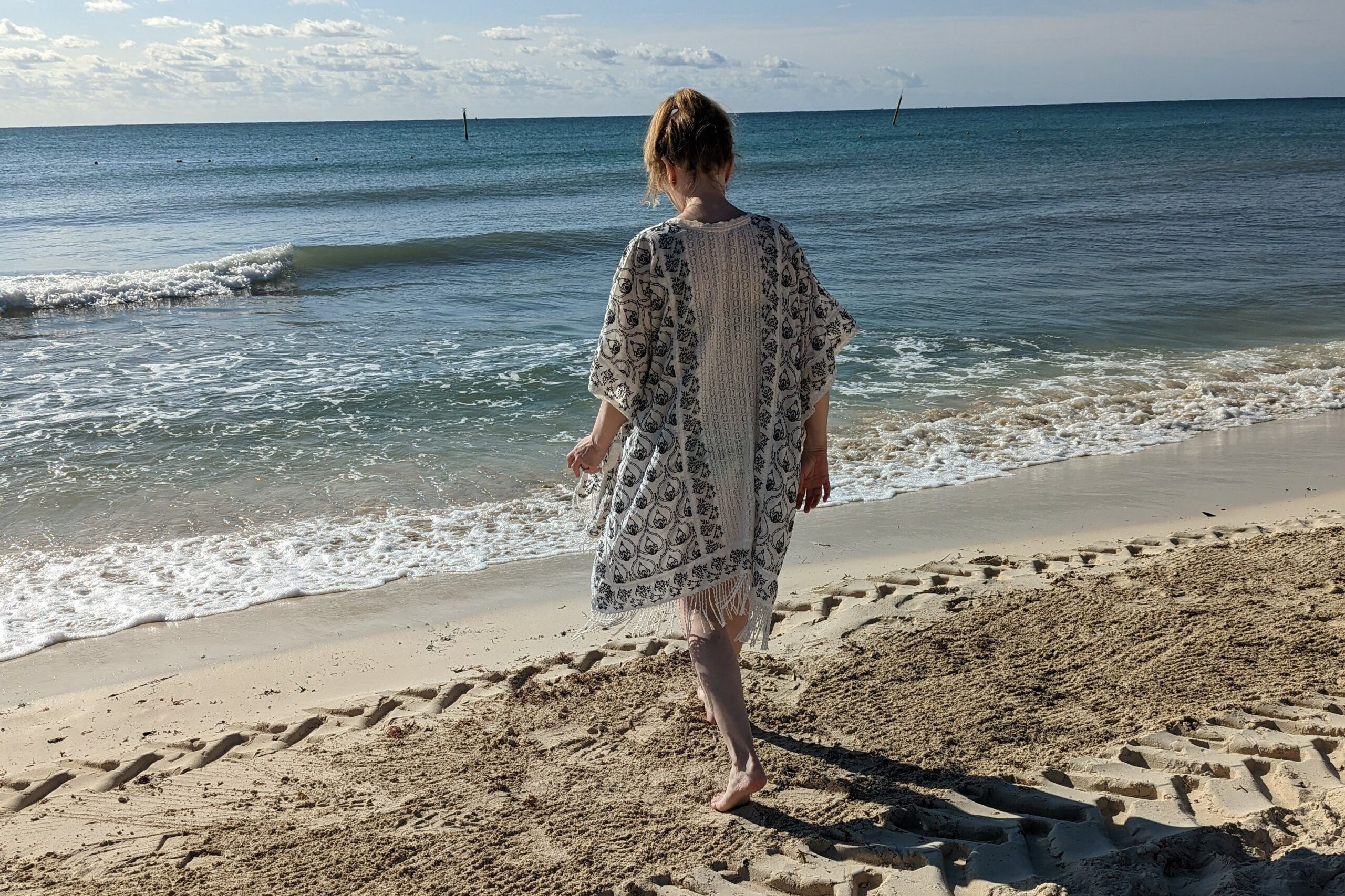